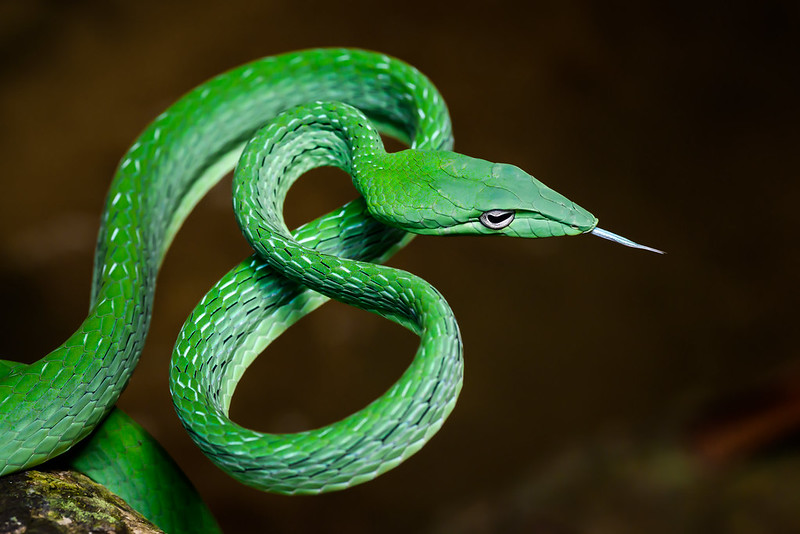 If you are interested to keep cute snakes as pets, we’ve got a list of the 10 cutest snakes for you. No matter their reputation, there’s no denying the cuteness and approachability of some of these snake breeds.

One of the cutest snakes and the perfect snake for beginners is the corn snake. This non-venomous snake loves humans and being handled. This snake will never get particularly big and has small heads with big adorable eyes.

These are not even all the varieties a corn snake comes in, making them ideal for those of you looking for a unique and impressive pet snake. In fact, the number of possible variations of the corn snake have been studied for their genetic benefits and genome research.

Adult corn snakes are 4 to 6 feet long and have an average lifespan of 7 years. These colorful snakes eat pre-killed pinky mice. They’re actually not that high maintenance, which is good to keep in mind when looking at pets, especially if you’re a first time owner.

Corn snakes makes an amazing pet for those looking for a medium-sized snake with amazing color. They are also more of a beginner type pet because they are easy to feed and care for once you get to know their eating habits.

The rosy boa is one of the most beautiful and colorful snakes and can make a very good pet. These snakes are members of the Boidae family. Rosy boas rarely grow large enough to overwhelm the average snake owner and are found in a variety of colors and patterns.

These calm-tempered snakes are commonly found in the California sections of the Mojave and Colorado deserts.

Rosy Boa snakes have a light base color with three dark stripes running the length of their bodies. They also have light-spotted bellies and dark spots.

These snakes have a maximum length of 3 feet and can weigh up to one pound. Female snakes tend to be longer than males.

The hognose snake has an adorable upturned nose like a pig, hence the name and that makes it one of the cutest snakes in the world.

These cute snakes are often kept as pets at home. Hognose snakes tend to be timid, preferring to hide from predators rather than attack in the wild. Also, in captivity, they are less aggressive.

Not only are these snakes small and cute, but with their rounded bodies, they also come in a variety of colors and patterns including Albino. Axanthic, Red Albino, Coral Snow, Super Arctic, Pink Pastel, Lavender and Jaguar

Hognose snakes are diurnal animals, which means they are active during the day and are known for their docile nature. In fact, the eastern hognose is especially notorious for its habit of pretending to be dead around predators.

Carpet pythons are medium-sized snakes found throughout northern, eastern and southern Australia. . They get their name from their beautiful markings, which resemble an oriental carpet pattern.

These cute pythons are extremely variable in color and pattern. Most snakes are olive-green in color, with pale spots, stripes, or dark-bordered crossbands.

Carpet pythons make wonderful pets, and the number of colors and patterns they come in are actually not found the wild. However, this does not mean that you cannot enjoy how beautiful and cute they are!

The carpet python is popular with snake enthusiasts. Although some subspecies are calmer like the diamond python, others are more irascible like the coastal carpet python or the Darwin carpet python.

Carpet pythons can probably live up to 20 years in the wild, and even longer in captivity. ​

The ring-neck snake is a harmless snake are members of the Colubridae family along with corn and vine snakes found in North America. These cute snakes are mildly venomous but their non-aggressive nature and small, rear-facing fangs pose minimal threat to humans who wish to keep them as pets.

They are best known for their unique defense posture of curling up their tails, exposing their bright orange-red posterior ventral surface when threatened.

Ring neck snakes come in a variety of colors, including gray, black, brown, red, and yellow. However, what makes these species more unique and amazing is that their bellies often contain bright colors while the upper part of their bodies remains a solid, neutral color.

With a cute rounded head and small body, the Kenyan sand boa is undoubtedly one of the cutest snakes in the world. These snakes are extremely popular as pets with relative comfortability when handled. Additionally, sand boas live an average of 10 to 15 years in captivity, making them ideal for pets.

Kenyan sand boas have unique patterns with bright base colors and rich spots. They are usually bright yellow or orange with a dark brown spot pattern similar to a dairy cow.

They have a robust body and have a perfectly circular shape. The neck of this snake is one of its most unique features, as its thick cylindrical bodies cause it to disappear.

The average Kenyan sand boa never grows more than two feet in length and they are ideally kept in small enclosures.

Ball pythons, when threatened, roll themselves into a tight ball, tucking their heads inside their coil, hence the name.

When you’re ready to get your ball python, look for a captive-bred young snake. Choose a snake that has a well-rounded body, clear eyes, and vent, and shows no signs of respiratory problems such as wheezing or bubbles around the nostrils.

They can live for 20 to 30 years with proper care, and they may live for decades longer.

The garter snake is a cute wild snake, known for its slender body and pest control abilities in an outdoor setting. You may be able to keep a garter snake as a pet, but more often than not, this breed of snake prefers to be left alone in your yard.

They are small-sized snakes found throughout North America. These highly active snakes require a substantial habitat relative to their size, although they have relatively low maintenance needs.

A healthy garter snake is alert and active with regular eating habits, clear, bright eyes, and routine shedding in one piece. Baby snakes are six to eight inches long, but can grow up to 22 to 54 inches long.

Wild garter snakes typically live for only four or five years, but a well-cared for snake can live for more than 10 years. We do not recommend purchasing a wild-born garter snake, as they are shy around people and may never acclimate to living as pets. Trapping wild snakes to keep as pets can also be illegal.

These cute, non-venomous snakes are easy to care for and extremely popular and friendly in the grand scheme of pet snakes.

In addition they come in a variety of colors and patterns, making them a very cute snake to keep as a pet.

They are a subspecies of king snakes that can be found in the contiguous United States.

There are many patterns and morphs of California kingsnakes on the market. Their unique colorations and easygoing nature make these snakes popular pets.

These snakes has beautiful big eyes and a round nose, making it one of the cutest snakes in the world. They also grow to a manageable length of 3 to 4 feet and live an average of 20 to 30 years. If you are looking to adopt a snake, the California kingsnake is a fantastic start.

The Asian vine snake is definitely one of the cutest snakes in the world. Its small and slender body with unique head shape makes this snake more cute.

However, its cuteness has helped it become quite a popular pet snake among experienced reptile owners.

Their bodies are extremely thin and unique, and their heads are narrow triangles with large eyes. They are prolific tree climbers and rarely grow more than two feet in length.

Asian vine snakes also live up to their name, given their vibrant green colorations. Their bellies are often white or cream in color, and some of these snakes have been bred to have black or white spots and stripes makes this snake cuter.

‘Howdy Pets’ is an excellent source of accurate and detailed information about pets. This website will help you and your family raise a healthy and well-behaved pet companion. You can get here the right information when you plan to bring a new pet for your home.